The city of Malmö was my host one spring and left in my soul unforgettable impression of the lightness of being. Mixture of neo-futurist architecture, green parks, historical buildings and museums, smiling people riding bicycles and skateboards awakens all your senses and invites you to action and exploration.

Seemingly small, but third by its size, this city in the south of Sweden, separated from the neighboring country of Denmark and city of Copenhagen by strait, leaves no one indifferent.  It has been under the rule of that same Copenhagen up to 17th century and now is connected with it by famous Oresund Bridge. No wonder that, because of its beautiful surroundings, rich culture, and nice people, they call it the pearl of Scandinavia. In the city of around 350.000 people, almost 150 different languages are spoken, and that gives it real cosmopolitan character.

Oresund Bridge is one of the most unusual in the world.  The bridge that plunges into sea is partly tunnel under the sea. It is the longest bridge in the world for road and railway traffic and it is almost 8 kilometers long. It has been built 20 years ago and its constructors had serious challenge: they had to solve the problem of safety, not only of the bridge itself, but also of the nearby Kastrup airport in Copenhagen, on the Danish side. Driving over this bridge, either by bus or by train, is unique experience and do not miss it, whether you land in Malmö or in Copenhagen.

But the most impressive thing in Malmö is its twisted tower, Turning or Twisting torso, neo-futurist residential skyscraper, the tallest building in Scandinavia, and also the first skyscraper of this type in the world. It has been projected by Spanish architect and the first residents made their home in this attractive building, 190 meters high, in 2005. With its view over Oresund Bridge, this is definitively interesting place to live in. Tourists can visit restaurant or conference room, which are situated on the top floors, 53rd and 54th, but only if they make reservation and announcement of this visit in advance.

Still, the greatest pleasure for me was to explore every corner of this city on bike, which I got as part of my hotel arrangement. It was quite a challenge at first, because Scandinavians are very skillful bike riders and sometimes, they are little impatient and careless toward tourists, because it is part of their culture and environment care to ride a bike instead to drive a car. There are thousands of parks that are full of smiling local people during lunch time. They chat along merrily, sitting on the grass or the benches, while they are eating their meals, which they sometimes prepare at home in advance, or buy in small restaurants nearby. Although there are many “healthy” restaurants, and there is especially great choice for vegan and vegetarians, the food is pretty expensive, so local inhabitants prefer to avoid unnecessary expenses. I joined them and enjoyed delicious take away food in parks or by the sea coast and these experiences added special charm to my stay in this city.

The oldest and the most famous park is Kungsparken, opened by the end of 19th century by King Oscar II and it was named after him. This park is famous for the magnificent fountain in its center and also by the great variety of plants, brought from the three different continents. In this city full of parks and greenery, you can also enjoy attractive Slottsparken, Castle Park, where there is old windmill, which is turned into museum.  It is great surrounding for both nice walk and picturesque photographs.

The most famous square in Malmö is Lila Torg (small square), in the very heart of the city, paved with stones.  Cafes and old houses cluster around it, and it has been market and in the same time place of gathering, especially in summer, since the end of 16th century. This square is good proof how combination of old, historical buildings and surrounding and new modern lifestyle can be made very attractive. In a leisurely walk and sightseeing, here you can buy interesting and attractive souvenirs.

Beside the small one, of course, there is also Big Square, Strotogert, main city square with the fountain, City hall and Statue of Carl Gustaf of Sweden X. It has been the biggest square in Scandinavia, since the second half of 16th century. It is connected with Small Square by pedestrian zone.

Castle Malmohus, that has been built around the middle of 15th century, by Danish King Christian III, who spent most of his life in it, has turbulent history, because in one period, it served as prison, where even one of the husbands of Mary of Scotland was imprisoned. Nowadays, there are four museums there: Maritime Museum, Art museum, City museum and Tropicarium.

Among great number of churches and cathedrals, which are well preserved and blend nicely with modern buildings that surround them, Cathedral of Saint Peter distinguishes itself, as the greatest church in Malmö, gothic building, dating from 14th century, which is usually described as the most important gothic monument of church architecture. It was spiritual center in the period of Reformation and there are well preserved frescoes dating from late Middle Ages inside it. If you are admirer of church architecture and art, you absolutely must visit it.

Many people who live in Malmö, come from our part of the world, and while you enjoy your walk at ease, you hear familiar languages around you, you finally understand why you feel so pleasant and welcomed in this city of the relaxed atmosphere and open heart. I heartily recommend visit to Malmö, to broaden your views and learn to feel grateful for great number of sunny days in our part of the world, because when you see joy and smiles in the faces of Swedish people because of every sunny hour or day, which are rarity there, you will understand true values of life. 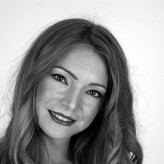